My dad was a company man, which meant he expected to be with the same firm, Ingersoll Rand, from recruitment through retirement. That is not how it turned out, but it was the way it looked in 1960. So when he was promoted from salesman to sales manager in Allentown, PA, there was no question that we would all move. My parents spent our last few weeks in Mountain Lakes attending good-bye parties, where my mother usually ended up in tears. 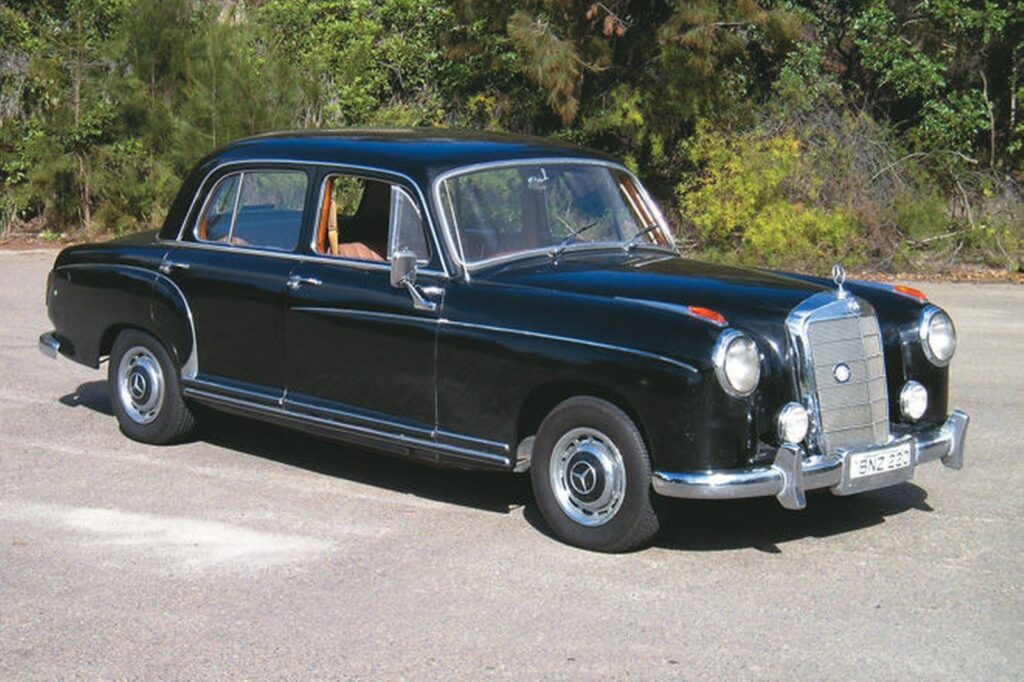 Although Allentown is only about an hour and a half away from Manhattan, it was culturally as far removed as Salt Lake City is from San Francisco. At that time (and maybe now as well), the place still retained heavy traces of its Pennsylvania Dutch and Mennonite heritage. Bethlehem Steel and A&B Meatpacking were two of the biggest area employers. The most notable local events were the Kutztown and Allentown state fairs; favorite local foods included shoo-fly pie, scrapple, and mashed-potato candy (more on those later).

Within a few months, my mother had a part-time job as a reference librarian, and had pronounced the town “churchy,” exercising a disdain I’d never really heard from her before. The neighbors across the street from us were prime examples: the Fishers, devout Baptists, lived to the left of a house containing a sizable family of Seventh Day Adventists, whose Christmas decorations included two large illuminated billboards on which admonitory Bible verses were writ large (these were neither festive nor cheery, but more like this from Corinthians: “Always give yourselves fully to the work of the Lord, because you know that your labor in the Lord is not in vain.”). The Smiths had a daughter, Kathy, who suffered from some sort of nervous disorder, and paced the family’s front porch, in all seasons, waggling her hands and making strange grunting sounds. She scared me silly, and I did my best to avoid her. 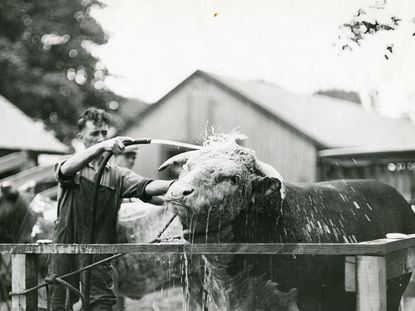 For reasons now mysterious to me, my parents seemed to work hard at setting themselves apart from the community. My father bought a gleaming black 1956 Mercedes Benz sedan with a buttery-soft leather interior, and parked it at the curb in front of the house (where I remember people slowing down to get a better look). He wore a black Homburg hat to work and, in cold weather .a conservative dark-gray cashmere overcoat. My mother liked wearing hats with veils on the few occasions they went out. They joined the Unitarian church, and made a few friends, but none stick out as vividly in memory as their social set in Mountain Lakes. When Mrs. Fisher from across the street came over one afternoon to borrow a book, seeking out my mother’s expert recommendations, Mom gave her J.D. Salinger’s Catcher in the Rye. That was the end of any potential friendship or even neighborly goodwill.

With my mother working three evenings a week, till around eight or nine, we had big cartons of frozen food delivered once a month—a sort of predecessor to Fresh Direct, though nothing was fresh. My mother would make casseroles and meatloaf to freeze for our weeknight dinners. Maybe once a week, I tried my hand at cooking, but I can’t say my skills had improved markedly since serving my dad cornflakes in water. Still, I could make basic stuff: hamburgers, pork chops, salmon croquettes, with a baked potato and a frozen veggie as a side. One dish of pork chops was so tough, I recall my brother wrinkling his nose and comparing it to a “hoppy heel,” the puck we used in playing hopscotch.

It has taken me probably two decades to learn how to cook a pork chop so that it’s not a challenge to your incisors (I found the best recipe in a forbiddingly snooty publication called Cook’s Illustrated). So here I offer the chops, for which you can make a simple pan gravy, or you can add a touch of Pennsylvania Dutch with a topping of apples, pecans, raisins, and brown sugar. 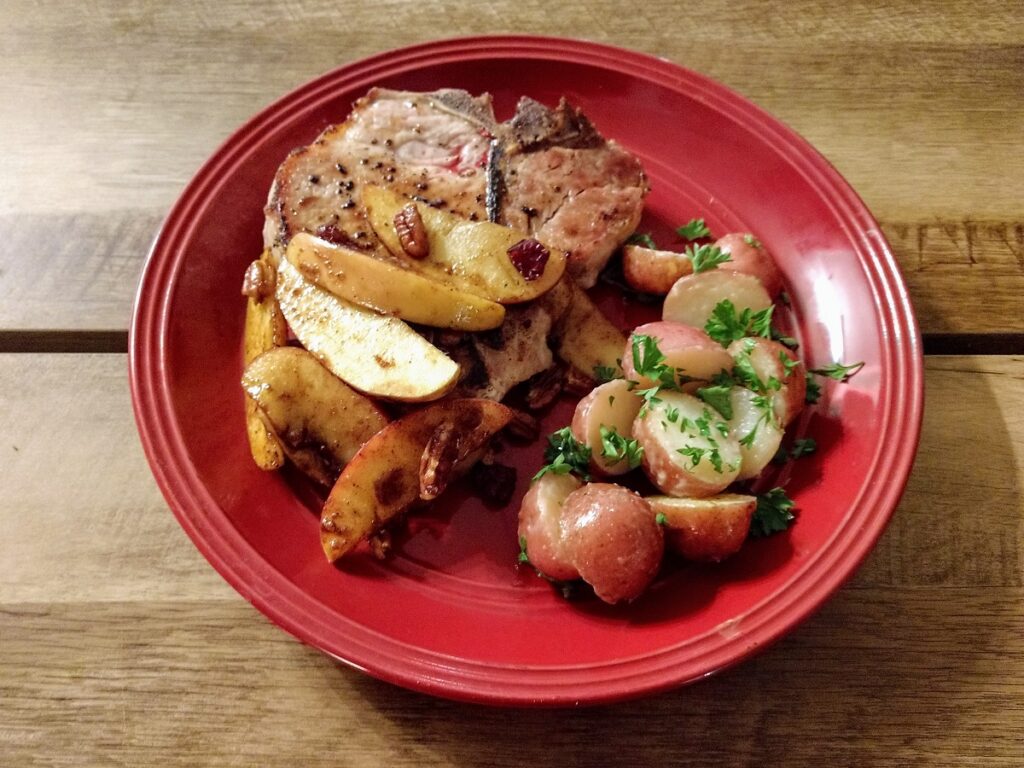 Prepare chops by cutting two slits through the fat and connecting tissue, about 2-inches apart from each other, perpendicular to the chop (i.e., across the short side, not the length, of the fat). Rub both sides of each chop with 1/8 teaspoon oil and sprinkle with salt and pepper. Sprinkle one side of each chop evenly with 1/8 teaspoon sugar, avoiding the bone

Place chops, sugared-side down, in 12-inch nonstick skillet, with the bony, narrow ends toward the center. Using hands, press meat of each chop into pan. Set skillet with chops over medium heat; cook until lightly browned, 4 to 9 minutes. (Chops should be sizzling after 2 minutes, if not, see note below.) Using tongs, flip chops, positioning them in same manner. Cover skillet, reduce heat to low, and cook until center of each chop registers 130 degrees on instant-read thermometer, 3 to 6 minutes (begin checking temperature after 2 minutes); chops will barely brown on second side. Transfer chops to platter and place in a warm oven (250 degrees) while you make the sauce. The chops should be around 140-45 when you remove them from the oven. (The USDA says it’s okay to leave pork a little pink, and it is far more tender that way.)

Add butter to any juices in the pan and saute the apples for about five minutes until nicely browned.

Mix brown sugar with cinnamon and nutmeg and and add to the pan along with raisins and pecans; cook until bubbly.

Remove chops from the oven, checking the temperature, and serve browned-side up, with apple-pecan mixture on top.

Note 2: I served my chops with a side of parsleyed new potatoes, but hash browns or mashed would be good too. Because with a dish like this, you need to stop counting carbs or calories. 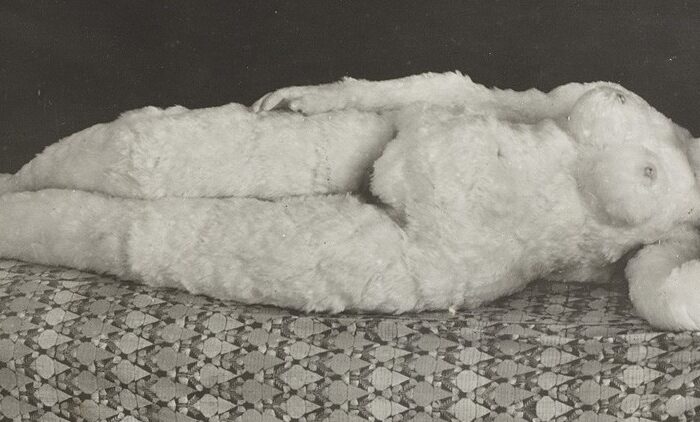 I thought I was the only one whose pork chops turn out like leather. I am going to try your recipe. Thanks!

Let me know how they turn out!

I had a nostalgia rush reading about you parents’ declarations of stylistic independence in Allentown. After moving to Tuscaloosa AL from the midwest my father refused to dress the part of a Southern professor. He too sported a black Homburg and a smart dark gray overcoat. His car, alas, was not a Mercedes but a gently used black Chrysler Imperial, of which he was inordinately proud.